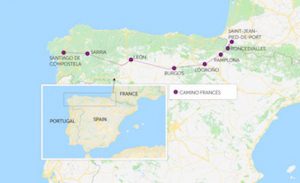 most traditional is the Francés, which starts in southern France, and then stretches across northern Spain to Santiago de Compostela. There is a rich history of the Camino, dating back to the 9th century, and possibly even before that, which you may find here https://makespain.com/camino-de-santiago/

In 2019, after spending time in South America visiting bodegas, I walked the Camino Francés, from St. Jean Pier de Port to Santiago de Compostela. In 2022, I started in the northern part of Aragón, in part, to learn a bit about wines from that region. I actually started in the Pyrenees, at Canfranc Station, which is known most historically for being an escape route used by resistance leaders who were helping Jews escape Hitler´s labor camps during World War Two. As I headed south of Canfranc, dropping out of the Pyrenees, I came to the City of Jaca, and as I explored, I found some incredible wines. 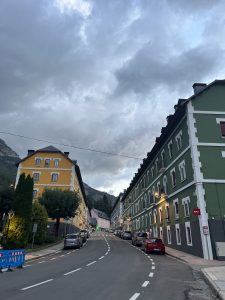 Garnacha is common in this region of Spain, and some would argue that this is where it actually comes from – The Kingdom of Aragón. There are different was to try and determine where grapes come from, and one of them is by looking at where they were established in the relatively modern era. If we follow this method, then it may not be Aragón that is the provenance of Garnacha or Grenache, it might be from regions in France. However, with DNA testing, another method is to look at the earliest and most numerous sub-variants of a grape are present, historically speaking. And if that is the case, then Aragón certainly has a very good case for being the originator of present day Garnacha.
I started the Camino Aragonés in Estación Canfranc, and dropped down into Jaca, Spain in a couple of days. In Jaca I tried a flight of wines from Aragon at Langa Vinoteca, two of which were Garnachas and two of which were blends. The 2018 Campo de Borja from Fagus de Coto de Hayas had dark cherry notes, medium tanninsand a very nice finish. The Secastilla 2017 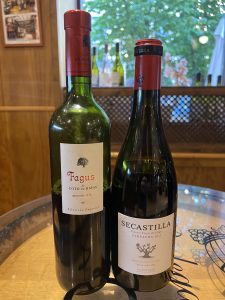 Garnacha was a high altitude, limited production wine that had rip your face off tannins and a smoking 15% ABV. Nice peppery  and savory notes that I like a lot, once I got over all that had happened in my mouth just prior to that.
I then did two blends, and the Grillo y Luna 2014 was another 15% abv, but a Syrah/Cabernet Sauvignon/Garnacha/Merlot blend. The palate started with plum and herbaceous qualities, and finished off spicy and peppery, with some pretty 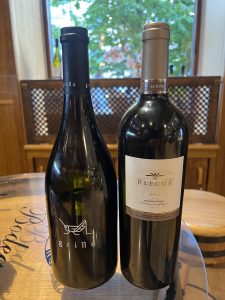 strong tannins, even after 8 years. The final wine
was a 2011 Blecua from the Somontano region of Huesca, Aragon, and a Cabernet Sauvignon/Tempranillo/Syrah/Merlot blend, and a reasonable 14% abv that didn’t quite smoke the back of my throat like the previous two wines had done. Dark plum and burnt rubber on the nose, plum and savory notes on the palate. The tannins were significant, but softer and rounder, given the vintage. 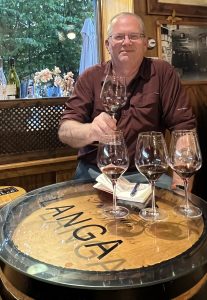