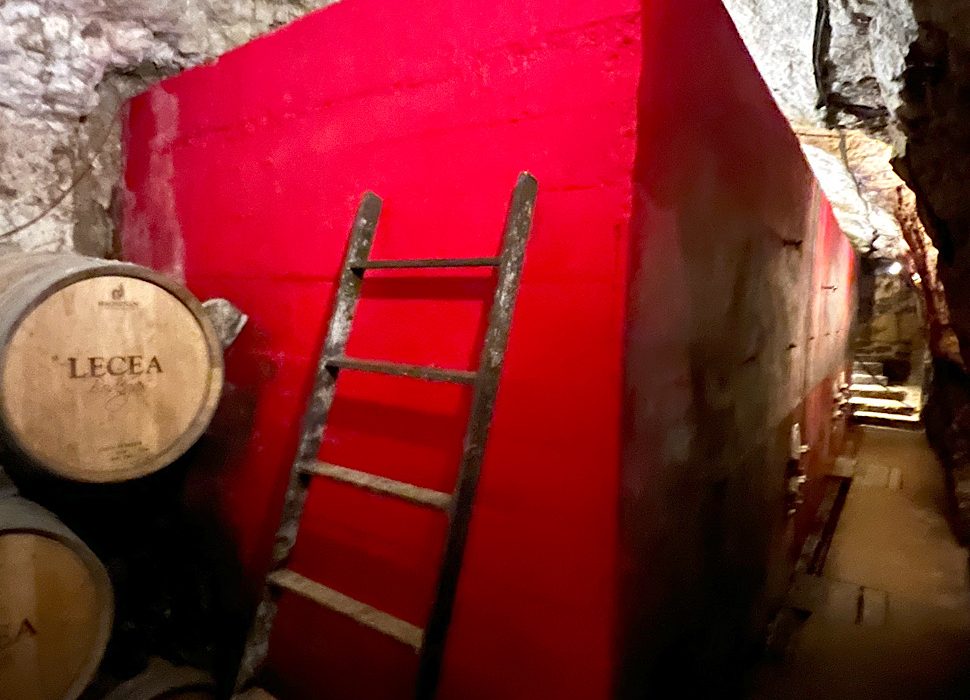 As you walk the Camino Francés, you strategically take a day off here and there – mine are usually in larger cities, where there is amazing food and wine to enjoy. In the case of Logroño, that is an easy stop to make. First of all, there is Calle Laurel, which is a whole street dedicated to tapas bars, where the tradition is to go in, order ONE tapa and a glass of wine, sore moving on to the next one, and doing the same, and the next, and the next.
A second reason to stop is because Logroño is in the heart of Rioja wine country, and there are plenty of bodegas to visit, and wine to drink. One of the bodegas I went to with a guide named Roberto, was to Bodegas Lecea in San Asensio ok. San Asensio is an interesting town of hundreds of homes, almost all of which have a cave dug underneath them for winemaking purposes. This was done for hundreds of years, up until recently, and now Lecea is the lone remaining bodega that does that. As you walk around you you 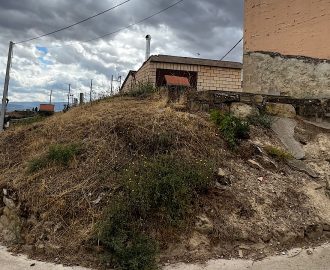 can see homes, and then next to them, mounds of dirt and rock, from the digging of the caves, and then chimneys and vents that allow the bad air and gasses to escape. 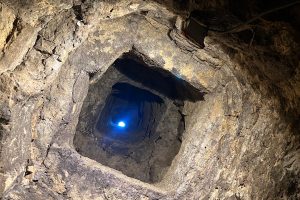 A cave vent from underground.

Underground, you see greatly varying caves – some massive, and some small. Where you see a barrel, it is one that has been hauled underground and assembled and sealed once in place. But the favored fermentation tank for later caves were concrete 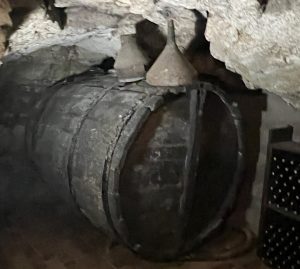 tanks. Think about the work that that would take… digging out the cave, providing venting, and then getting the materials underground to build set of fermentation tanks several meters underneath the house. 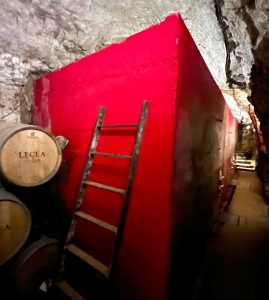 We often talk about things like Protected Denomination of Origin as a way to make sure that quality is assured, and Rioja and Priorat have done that well, in Spain. But a hidden side of that improved quality through requiring standards and having regulation, is that some of the old ways of doing things become impossible, and such is the case in San Asensio. As Rioja DOCa regulations came in, quantity requirements were made, and oak barrel regulations came in. Wine had to be moved in and out of tanks and barrels, and this just proved to be too much, if you wanted to make and sell wine in this new Rioja reality.
Now, commercially, only one remains, and that is Bodegas Lecea. All of the other growers of wine now belong to a cooperative that allows for the scale, movement, and time in oak, but above ground. The family of Bodegas Lecea continue to use not only their own cave, but have now bought others as well. They buy a property and the house, and with that home ownership, comes the rights to the cave underneath. Under the 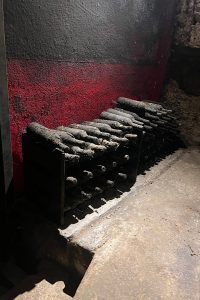 ground, they punch a hole into the next cave, complete repairs that are usually needed after decades of lack of use, and then expand their wine-making into the next cave. They now have four joined caves in which they make wine, which is incredible to think about. 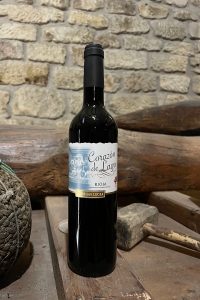 This almost feels like an afterthought to write… but the wine is pretty damned good, too!