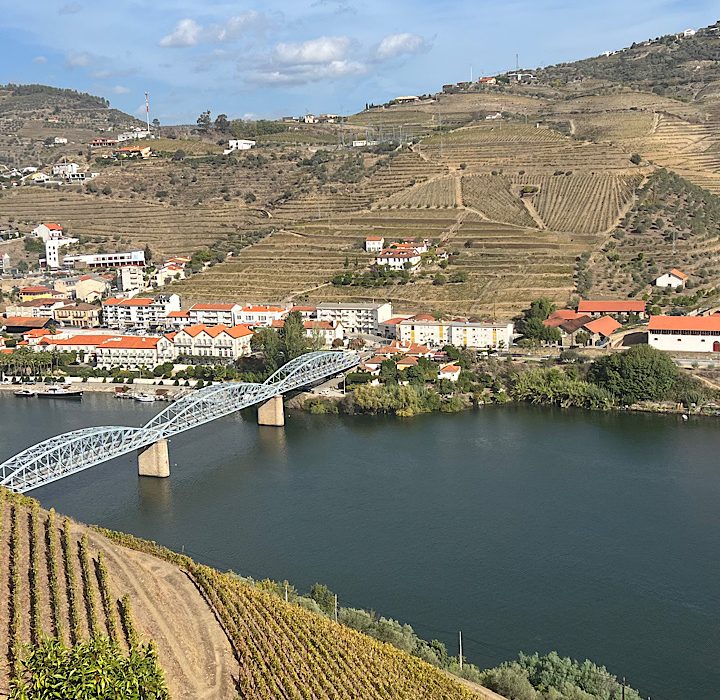 Portugal, as a wine-making region, has an incredible diversity of native grapes that is virtually without equal. Estimates of the number 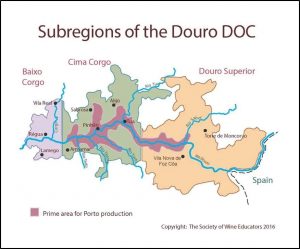 of grapes grown in the region range from at least 240 different kinds of vitis vinifera, and upward. Representative of that diversity is the Douro region, split into three major parts that grow up to 130 different grape varieties. Three things to help understand the Douro region of Portugal.

In some cases, the response has been to make 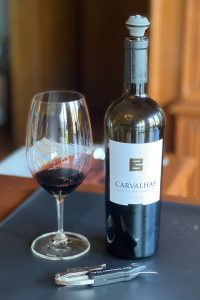 Quinta do Carvalhas – A vino tinto with grapes from 42 grape varietals.

high quality wines, while embracing all of the varietals that go into a bottle. Some modern vineyards, which are planted in blocks, will have several of the more prominent Portuguese varietals, such as Touriga Nacional, Touriga Franca, Tinta Roriz, Tinta Barroca, Tinta Cão. Other varietals, such as Tinta Francisca and Tinta Amarela (or Trincadeira) are grapes that are coming back into favor, after having waned in popularity, some even now being bottled as a single varietal.

The Douro, continues to explore its past, through a variety of planting formats on it’s steep inclines, even as it confronts its climatological future. More on the latter in my next post!