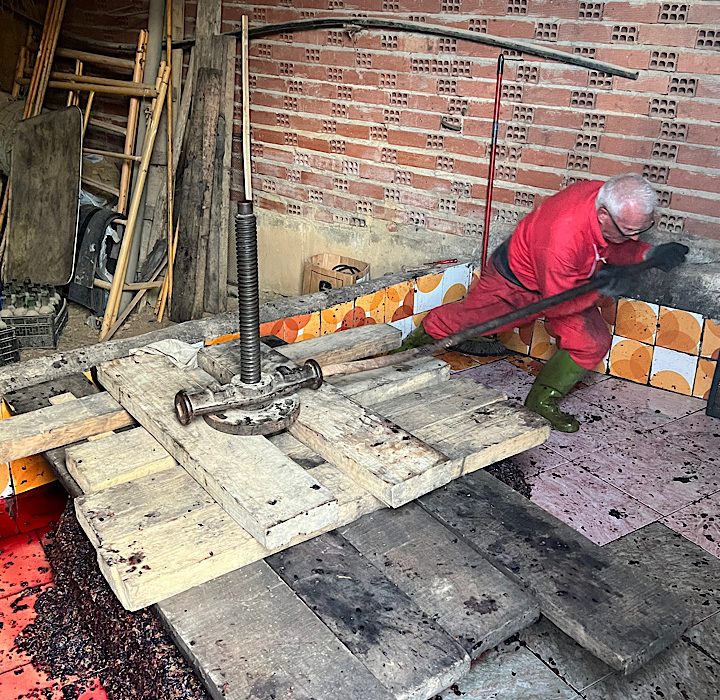 As you walk into the small village if Moratinos in the Spanish province of León, you see a small hill to one side, with a series of small doors at the bottom, that ring it, and small chimneys closer to the top. Although they do look like 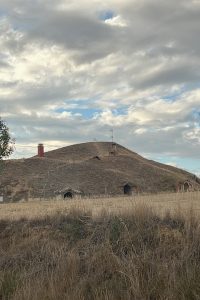 Hobbit dwellings, they are old caves that were dug out as wine cellars, with some estimates dating them back over 500 years. Currently only four families make wine in their caves, several others use them for storing meats and cheeses, and about half of them have caved in and are in disrepair.

The Hobbit hill of Moratinos 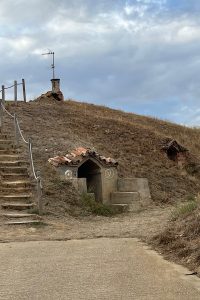 Segundino is one of seven brothers, and they were making the family wine as I walked around the bottom of the hill. They had harvested their grapes from a few kilometers away, and I was invited in to see how they were pressing off the grapes, and getting ready to start the fermentation process. The press is done using an old horizontal wine press, and the juice is then transferred into the cave for fermentation. I tried a bit of the freshly pressed Mencia. 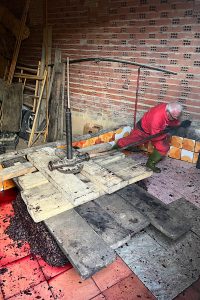 Two major changes have affected wine making on this hill in Moratinos. Segundino said that the whole area, including the entirety of the hill itself, were once planted in grapes, and families made their wine together, until deadly phylloxera wiped all of the grapes out. Many could not afford to replant, and coupled with significant out-migration, the vineyards of Moratinos never recovered. There are few people who want to take the trouble to bring grapes from a distance, to make wine at this point.

Currently, they bring in grapes from about 20 kilometers away, in vineyards planted closer to one of the brothers. The vineyard that Segundino planted and cares for has black grape 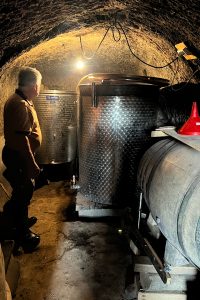 Segundino in the family cave

varieties of Tempranillo and Mencia, and they make a bit of Godello, a white varietal they brought in from Galicia. “This is all just for 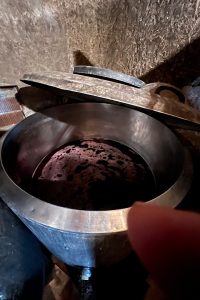 family, and even though there are seven of us, we’re all getting old, so we really don’t drink all that much. Well, most of the time,” he said with a bit of a smile.