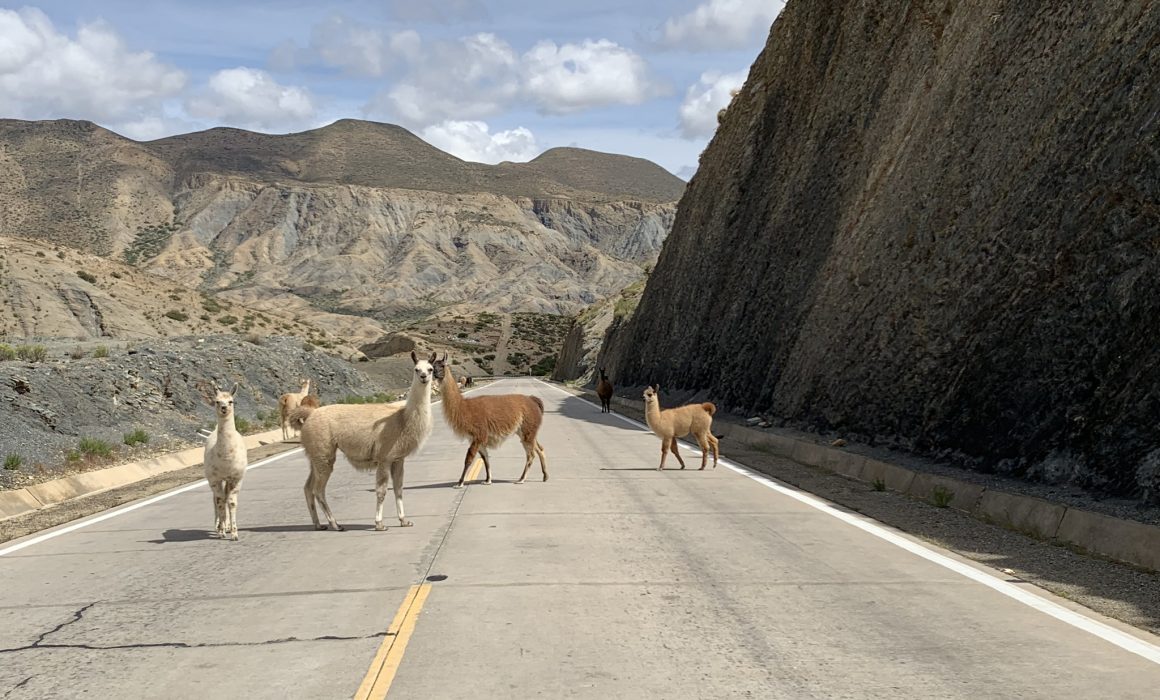 Southern Tarija, in the far south of Bolivia

How far and to what heights would you go to find some wines that you’d probably never tried before? I crossed the south range of Bolivia’s Andes at over 3500 meters to the Valle Cinti, from the city of Tarija, in a sub-compact car I rented from the only rental place I could find in Tarija. I arrived in Camargo (elev. 2400M) to visit Bodega Vacaflores, with Marcelo Vacaflores. Marcelo retrieved me from the downtown square, and before I knew it, I was being invited to almuerzo (lunch), and then a bit of a tasting. 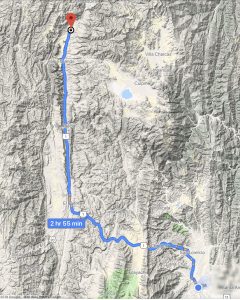 The rout north from Tarija to the Cinti Valley

During the desgustación, or tasting, we talk about the varietals in the Cinti Valley. The three most common are Moscatel de Alexandria, a white grape that is used to make a local white wine, but used also for a local liquor called Singani, which dates back several hundred years to the Jesuits. It is made in the style of eau de vie, because it is fermented and distilled, but uses grapes (which eau de vie does not), and is
classified as a brandy, for trade purposes. In this region, the national drink is made by nearly every bodega, along with their wine. A second varietal is La Misionera, often called Negra Criolla, is a vino tinto, or black grape. The last varietal, another black grape, is called La Vischoquena, comes from the Vicchoca region, was developed here, 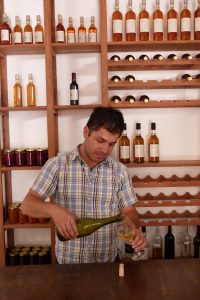 and is only grown in this region. We try some of each, and Marcelo talks about how they don’t filter the Moscato de Alexandria, but then sort of looks at me sheepishly and says, “well, mainly because we’ve never had a filter,” which is as good of a reason as any, I suggest.

We end up out at the bodega just outside of town, with his father who is also named Marcelo. The bodega has been operated for four generations, all small quantities of grapes being fermented from the three varietals mentioned, but add to those a bit of Merlot and some Cabernet Sauvignon. This is a shoestring affair – they buy most of their grapes, and use what containers they have, only recently having purchased their first stainless steel container. Wines are stored in a 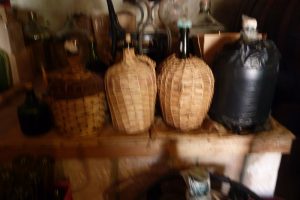 range of glass containers some of which go back nearly 100 years, from when glass was the best shipping option for liquids of various forms. All of the grapes come from growers who grow them from between 2400 to 2800 meters in elevation (7900 to 9200 ft.), and in very dry conditions, giving them a distinct, lush flavor. 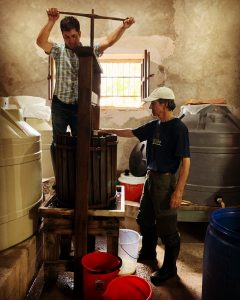 The task today was to press off the Moscatel de Alexandría, which means setting up the wood press, pressing it off and carrying it up the hill to the containers in the bodega. The grapes had been fermenting in the lower building usually reserved for distilling Singani. Father and son work together, making repairs to the press as they discover a leak, and then repair a part that broke off. I step in to help when I can, but largely watch as they had me try different wines. 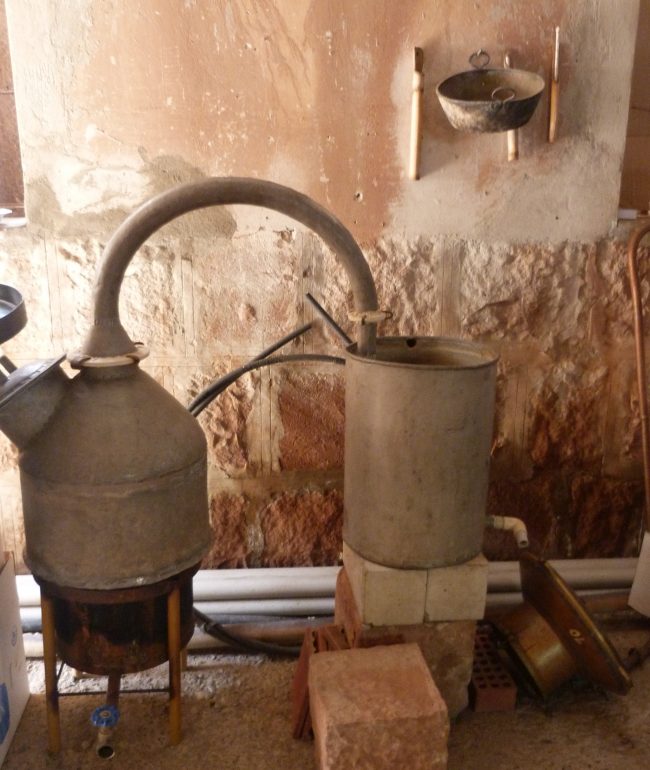 An old style still, for Singani

As they work, I am told about the family’s history of making wine and Singani, and the loss of the grape vines due to a drought, which they are now replanting. Marcelo discusses the desire to maintain the traditions of the varietals they have planted historically, for four generations, while also wanting to produce wines that are recognizable to outsiders.This is a tension I have heard several times – meeting needs of outside markets, while also wanting to introduce people to the local wines in which they take pride, due to a history that dates back generations and hundreds of years.

Now I just need to find people interested in coming this far, and to this elevation to taste wine with me!